The following DVDs are available through the Old Colony Library Network (OCLN).  Simply click on the title of the film to take you into the online catalog and then click on the hold button to have it delivered to you at ENC.  (Use your ENC ID number and ocln as your pin unless you have already changed it.)

Two documentary filmmakers chronicle their time in Sonagchi, Calcutta and the relationships they developed with children of prostitutes who work the city's notorious red light district.

Offering insight into different facets of America's bullying crisis, the stories include two families who have lost children to suicide and a mother awaiting the fate of her 14-year-old daughter, who has been incarcerated after bringing a gun on her school bus.

The Corporation charts the spectacular rise of the corporation as a dramatic, pervasive presence in our everyday lives. With a deft mix of humor, visual panache and seriousness, this documentary is a timely, entertaining critique of global conglomerates.

This powerful and original film exposes the tragedy taking place in Darfur as seen through the eyes of an American witness and who has since returned to the US to take action to stop it.

Presents the plight of young, male Sudanese refugees, known as "lost boys," being displaced to foreign countries due to civil war in their homeland

The moving and surprising stories of three Violence Interrupters who, with bravado, humility, and even humor, try to protect their Chicago communities from the violence they once employed.

50 million people in the U.S.--one in four children--don't know where their next meal is coming from, despite our having the means to provide nutritious, affordable food for all Americans.

Rev. C.L. Bryant, a one-time NAACP local chapter president, argues that a perpetual state of welfare exists in the U.S. that creates a modern form of slavery for a large percentage of African Americans.

Guggenheim takes on the American education system as he follows a handful of children and their parents from poor neighborhoods in various cities to discover what chance they have of getting a good education. 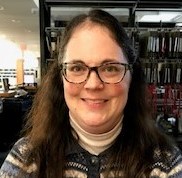